Skip to main content
This page is about http://www.floatingstone.com/, Olympia Stone's documentary production specialized in Art films. Olympia's main focus are personal stories about American contemporary artists. Her first film, "The Collector: Allan Stone’s Life in Art," was completed in 2007 and premiered at the Santa Fe Film Festival. It chronicles the obsessive collecting of her father, New York art-world gallerist Allan Stone, whose habits and prescient scouting shaped his life and the lives of many in his artfully cluttered orbit. Olympia's second feature, “The Cardboard Bernini” (2012), is an intimate portrait of the artist James Grashow in his exhilarating quest to create an intricately detailed cardboard version of the Trevi fountain, which he intends to abandon to the elements. Broadcast nationwide on PBS in 2013-14, The Cardboard Bernini won Best Documentary at the Art of Brooklyn Film Festival 2013. Her current film, "Curious Worlds: The Art&Imagination of David Beck", is an intimate portrait about a hidden genius of American contemporary art, which was an official selection of 2015 Full Frame Documentary Film Festival.
Trailer 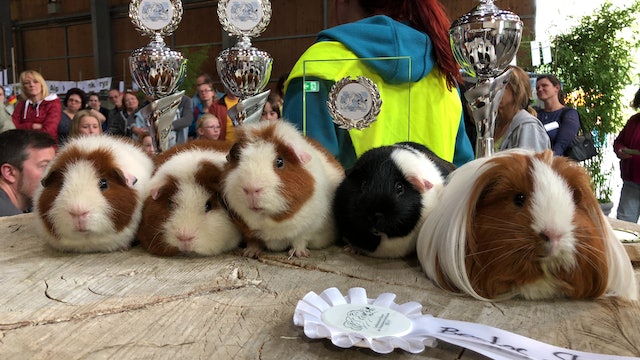 A documentary film offering a fun-filled and poignant journey that is sure to put a smile on your face.

Right-click this and copy the link address.

Watch on your Television

Watch on your Computer