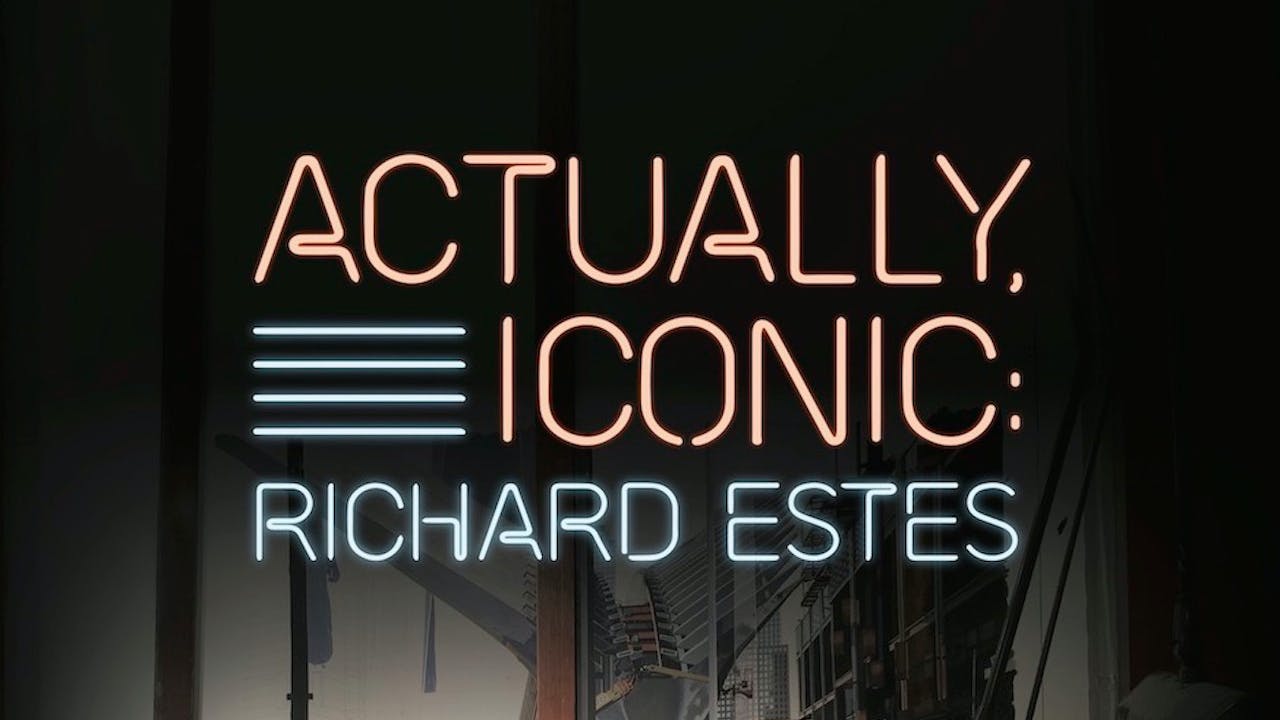 Admired by artists ranging from Salvador Dali to Chuck Close, Richard Estes is a humble icon of modern art. Despite having avoided media attention throughout his long career, he has been called the “king of photorealism,” a movement he helped launch in the late 1960’s. His break with abstract, non-representational art transformed modern painting. Now, at 87, he is ready to reveal the techniques and inspiration behind his art.

In “Actually, Iconic: Richard Estes” filmmaker Olympia Stone explores a rich survey of Estes’ masterpieces with unprecedented access to the artist including glimpses into Estes’ personal life, from his isolation as a child, always being a little “strange,” to coming out in the early 1960s in NYC and the “total wipeout” of the AIDS epidemic on his intimate and personal friendships. Stone creates a delicate portrait which does more than just explore Estes’ lifetime of creative output; it humanizes it.

Viewers will also see New York City through the artist’s eye; capturing the refreshing and also nostalgic flavor of the city and its angle on a famous era. Estes is known for his NYC street scenes featuring crystalline reflections of store fronts and sidewalk tableaus. His paintings have been collected and exhibited in museums around the world, ranging from the Met and MoMA to the Whitney, and the famed Thyssen-Bornemisza collection in Madrid, Spain.

Candid, in-studio interviews with Estes, conversations with his peers and discussions with prominent critics, dealers and art historians illuminate Estes’ perspective and genius. Photographs that he has taken over more than 50 years – which the art historian John Wilmerding suggests he uses, “like a sketchbook” – provide unique context and insight.